The debate about industrial farming, concerns about obesity, the commotion about speed-bred factory-farmed chickens and the horsemeat scandal: what we eat is a regular topic of discussion. In the Food project he WRR investigates the relationship between different issues linked to the production, distribution and consumption of our food, such as food safety, sustainability and public health. The Council focuses on the new problems and players that have emerged nationally and internationally in relation to this topic, and outlines the policy challenges for the future.

The WRR evaluates the developments that have taken place in the food industry in recent decades and the policy that has been pursued by diverse bodies in the fields of agriculture and food. The project is concentrated on the Netherlands, but is set against the background of European and global developments. Farming and food are key economic sectors for the Netherlands. The agrifood sector contributes almost 10% to Dutch GDP, and the Netherlands is a major food exporter. However, the sector is also confronted with the fallout from harmful effects on human and animal welfare and on the environment, for example in the form of soil pollution, erosion of biodiversity and outbreaks of human/animal disease.

This study was prompted both by the above problems and by the changes in the way our food is provided, which have led among other things to rising consumption of processed products. Where rural farming and farms dominated in the past, attention today also has to focus on other players, such as the food industry and supermarkets, and new problems have made their way onto the agenda, such as overweight. In addition, the global food crises in 2007/2008 and 2010/2011 have (once again) emphatically highlighted the international dependencies between food systems.

What implications does all this have for the Netherlands? Which problems should be at the forefront of government food policy? And what role might the industry play in civil society? This project incorporates policy considerations in an analysis of the changing context of the international food system. The study culminated in the publication of WRR Report 93, Towards a Food Policy, on 2 October 2014.

It is time for a specific food policy, the WRR argues in this report. The rapidly changing context of the food supply and the accompanying challenges demand a food policy that should focus mainly on creating a resilient food network.

Following the presentation of the WRR Report Towards a Food Policy and the government response to it, the WRR received a number of questions from members of the Parliamentary Standing Committee on Economic Affairs. The answers to these questions were sent to Parliament on 24 March 2016. 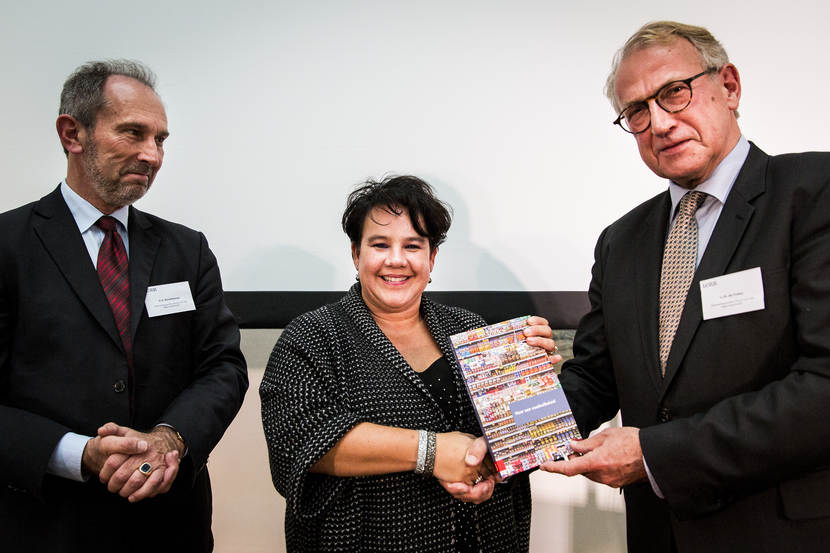 The Council presented its new report, ‘Towards a food policy’ ( Naar een voedselbeleid) to the State Secretary for Economic ...