What impact do inequality and growing uncertainties have on public health in Europe? That was the central question addressed during the WRR Lecture 2016 'Living on the edge: the growth of precariousness and why it matters for health', which took place on Thursday, 1 December 2016 in The Hague. Guest speaker Professor Martin McKee argued that citizens must have the assurance that society and government will look after them and provide care when it is needed. 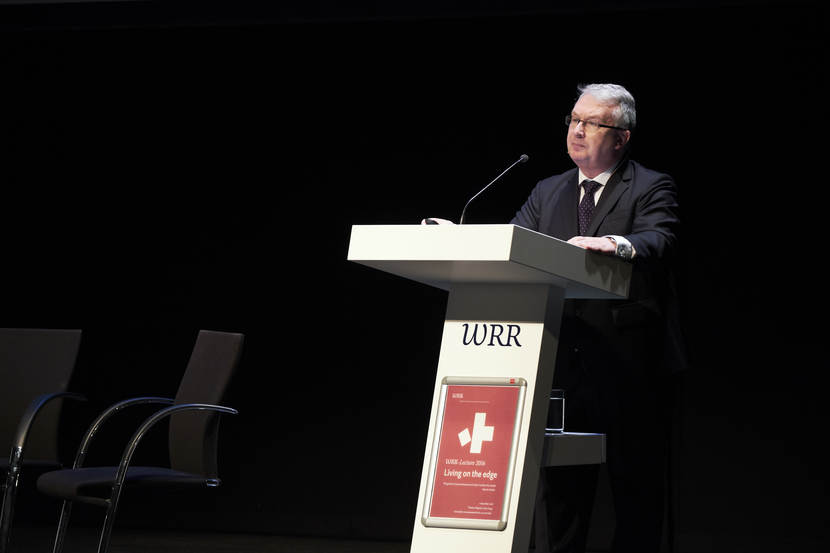 More and more citizens in the Western world feel uncertain and vulnerable in areas such as employment, income, housing and food supply. This is an issue that warrants more attention in the policy debate, Professor McKee argued.

The philosopher Beatrijs Haverkamp (Wageningen University) reflected on the meaning of the concept of health.

The lecture was followed by a panel debate, led by WRR member Godfried Engbersen, on Professor McKee’s analysis and its implications for national and local policy. Panel: Ingrid van Engelshoven (alderman on The Hague City Council and senior Deputy Mayor of The Hague), Martin McKee en Jan Anthonie Bruijn (Professor of Immunopathology and member of the Dutch Senate).