The conference of the European Science Advisors Forum (ESAF) and the International Network of Government Science Advisors (INGSA) was held in Dublin on 26 and 27 June. The gathering attracted representatives from all over Europe and was hosted by Professor Mark Ferguson, Director General of Science Foundation Ireland and Chief Scientific Advisor to the Irish government.

The WRR is currently fulfilling a three-year coordinating role within ESAF, together with the Royal Netherlands Academy of Arts and Sciences (KNAW). 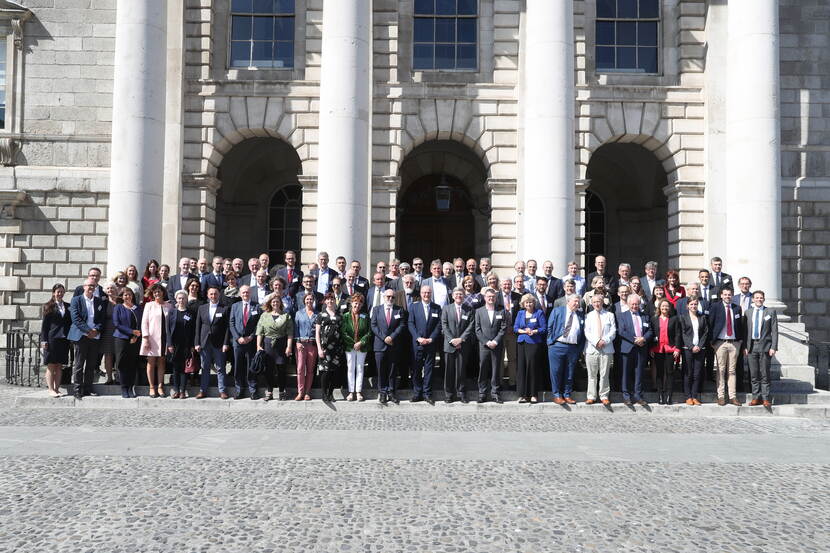 The Dublin programme consisted of a series of contributions from international speakers and panel members, followed by lively discussions with the audience. The themes under discussion included the range of advisory models available in the light of the political-administrative context, science communication, and the role that citizens play in science and advice.

Professor Frans Brom (WRR Director and member of the ESAF coordination team) and Anne-Greet Keizer (WRR research fellow and ESAF executive secretary) gave a workshop entitled ‘Best Practices in Science-Based Strategic Advice’, at which ESAF members from Austria, Germany, Denmark, Switzerland and Finland shared experiences about the importance of timing and stakeholder engagement. An important lesson to emerge from the workshop was that contact with stakeholders in the early stages can be key to ensuring the acceptance and maximizing the impact of an advisory report.

More about the conference and ESAF