There are serious indications that the position of the middle classes has become more vulnerable.

Western Europe seems gradually to be confronted by what used to be mainly an American phenomenon: the decline of the middle class. That trend is not apparent in the Netherlands to the same extent, but it is nevertheless clear that the structure of employment is changing, and that jobs in the middle segment of the economy are coming under pressure. Wages in the middle segment also appear to be coming to a standstill, and more and more families require two incomes (where one used to be sufficient). Uncertainty about work and the large number of divorces mean that for middle-class families economic stability can no longer be taken for granted. But there is more going on. There are also indications of increasing downward social mobility. Therefore many people are worried about the possibility of upward mobility for future generations.

Nevertheless, it is difficult to make general statements about “the” middle classes because they appear to be becoming fragmented along the lines of remuneration, household type, type of employment contract (the rise of the “self-employed”), and economic sector. Not every group within the middle classes is under pressure and some have more reason for uncertainty than others. It is therefore important to re-examine what was once referred to as the “broad social middle”.

The need for such an analysis is also prompted by the possibly changing role of the middle classes as the backbone of society. There are indications that the increased uncertainty among certain middle-class groups is having a negative effect as regards the economy, the welfare state, civil society, and the trust placed in politics.

The key questions for this study are: 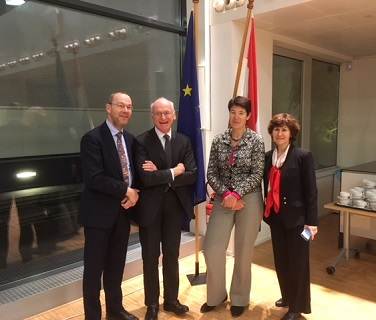 On 14 February 2018 France Stratégie (FS) and The Netherlands Scientific Counicl for Government Policy (WRR) strengthened their ...