Why knowing what to do is not enough. A realistic perspective on self-reliance

In today’s society, people are expected to take responsibility for their own lives and be self-reliant. This is no easy feat. They must be on constant high alert in areas of life such as health, work and personal finances and, if things threaten to go awry, take appropriate action without further ado. This book presents a more realistic perspective on self-reliance, and shows government officials how to design rules and institutions that allow for the natural limitations in people’s ‘capacity to act’.

Download "Summary of Why knowing what to do is not enough. A realisctic perspective on self-reliance" 1/3

Download "Summary of Why knowing what to do is not enough. A realisctic perspective on self-reliance" 2/3

Society today makes heavy demands on people’s self-reliance. People must be on constant high alert in various crucial areas of their lives. Fewer and fewer people remain with one employer for years on end. Employees and self-employed people are expected to keep their own employability up to standard and to identify new opportunities and threats themselves. It is no longer enough to file your annual pension statement neatly in a folder. You have to take action and make choices long before you start approaching retirement age. Health care policy has made autonomy and taking responsibility for oneself a priority. Self-reliant patients are well informed, maintain healthy lifestyles, choose their own care providers, and actively take decisions about their own treatment in consultation with medical professionals.

But not everyone is capable of such vigilance under every circumstance. There is a difference between what people are expected to do and what they are actually capable of. It is not just a small group of ‘vulnerable’ individuals, for example those with a low IQ, who have trouble living up to such expectations. Also people with a good education and a favourable position in society can end up feeling overwhelmed, certainly when they are going through a difficult patch. That is not because they are not intelligent or knowledgeable enough, but because demands are being made on all sorts of other mental capacities, such as the capacity to take action, to remain calm, and to stick to their resolutions. 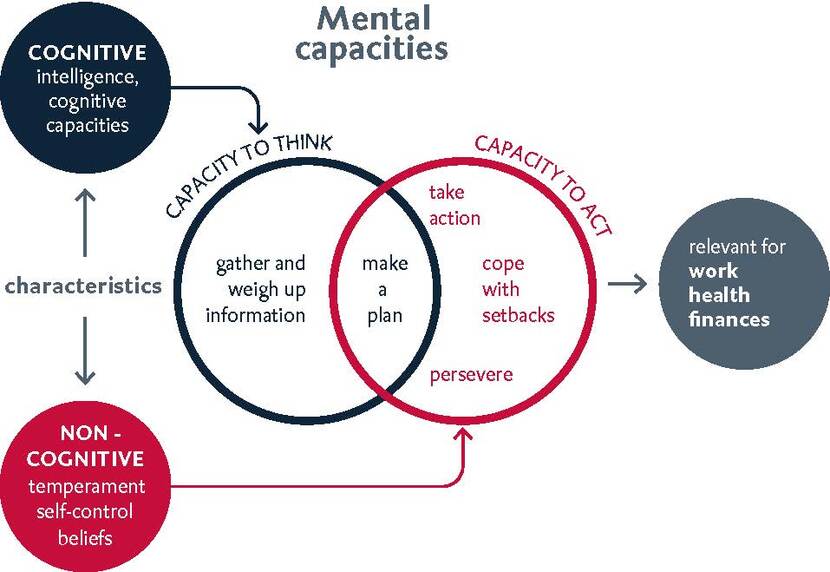 What does this mean for public policy? Policymakers tend to assume that the government only needs to provide people with clear information and that, once properly informed, they will automatically do the right thing. However, it is becoming increasingly obvious that things do not work like that. Even though people know perfectly well what they ought to do, they often behave differently.

Why is this? This book sets out to explain the reasons for the gap between ‘knowing’ and ‘doing’. It focuses on the role of non-cognitive capacities, such as setting goals, taking action, persevering and coping with setbacks, and shows how these capacities are undermined by adverse circumstances. By taking the latest psychological insights fully into account, this book presents a more realistic perspective on self-reliance, and shows government officials how to design rules and institutions that allow for the natural limitations in people’s ‘capacity to act’.

The book is the product of an extensive process of consultation and analysis. In addition to studying the academic literature,  the authors, Anne-Greet Keizer, Will Tiemeijer and Mark Bovens, conducted more than 90 interviews with experts, policy makers and stakeholders. 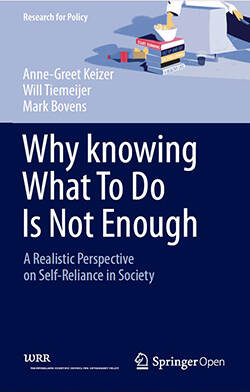 ‘Why knowing what to do is not enough – a realistic perspective on self-reliance’ is published by Springer, an international scientific publishing house. The ebook is freely available through open access via the Springerwebsite.